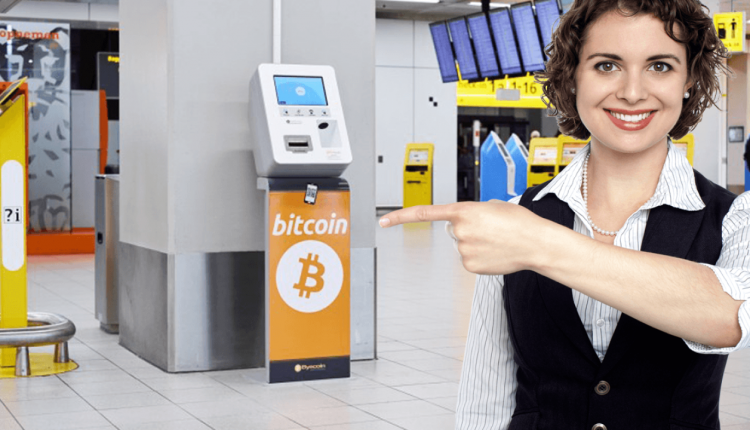 Crypto-currency was once that strange story that you might read about on page 5 of the business section of a national newspaper. Most people didn’t really understand it, and it seemed to be a long way from making a serious difference in the way the world works. That has all changed now. Some of the most popular crypto-currencies are routinely reported on and millions of people all around the world transact in these currencies every day. It was only a matter of time until they started to get some of the same trappings as other currencies.

The very first Bitcoin ATM opened up in 2013 in Vancouver, Canada. It was opened in a trendy coffee shop. It means that customers of that coffee shop could trade their cash for Bitcoin and the other way around. However, this was still largely just for those in the know. On the first day though, the machine produced $10,000 in Bitcoin transactions. It was clear that this could be something that could catch on in a big way going forward.

That was a short 7 years ago, but the number of ATMs has now grown to over 7,000 worldwide. That number is growing faster than ever now as there are an estimated 11.7 new crypto-currency ATMs installed around the world on a daily basis. That is a very impressive number and shows that there is a lot of growth yet to come in this segment. People want to trade in something other than fiat currencies, and the best way to do that is to get in on this is to use an ATM.

A new technology is being enabled on the 450 crypto-ATMs that CoinFlip operates. This company has already been a leader in the crypto-currency revolution, but they decided to continue to stay way ahead of the competition as they add more options than ever for customers to enjoy. Not only do the CoinFlip ATMs allow for withdrawals and deposits in Bitcoin, but also Litecoin (LTC), Ether (ETH), Dash (DASH), Komodo (KMD), Chainlink (LINK), Tron (TRX), and now Stellar Lumens (XLM).

The company says that it is planning on pushing out as many as 20 of its ATMs per week because it has seen such explosive growth. The company already boasts ATM locations in more than 40 states. That alone makes them among the largest provider of crypto-currency ATMs in the world.

Expect to see a big increase in the amount of usage of crypto-currency ATMs and so much more. This is going to be the next quantum leap forward for the industry, and the world will finally begin to take notice. CoinFlip ATM intends to be at the forefront of all of that.

Atmanirbhar: Here is how you can be financially self-reliant

Exactly What Does It Take to obtain a Corporate Finance…